Full coverage of the World Economic Forum in Davos

Exclusive interviews with the most influential figures in business

Mittleman Brothers, LLC, a New York-based investment management firm, released its Quarterly Report – a copy of which can be downloaded here. Earlier today we covered Mittleman Bros' views on two other stocks.

In its Quarterly Report for September 2019, the firm reported that its Mittleman Global Value Equity Fund – Class P underperformed the MSCI ACW Total Return Index by 2.8% during the third quarter.

One of the top contributors to the company's portfolio was International Game Technology PLC (NYSE: IGT), a multinational gambling company that produces slot machines and other gambling technology.

The investment management firm had the following to say on the stock in its investor letter:

"IGT’s share price rose from $12.97 to $14.21, for a return of +11% (including dividends), but it remains stubbornly below MIM’s average cost. At a quarter-end price of $14.21 the stock has a dividend yield of 5.6%, and a market cap. of $2.9B, only 5.8x its average annual FCF of $500M. MIM estimates IGT is worth just over $28 per share at 9x EBITDA (est. $1.53B for 2020) and 12x FCF. It might seem like a lot to expect a 100% increase in share price, but MIM previously sold more half of its position size at around the $28 level (and as high as $30) from late 2017 to early 2018. The share price came under pressure again not long thereafter as a new government in Italy (IGT’s biggest market) implemented new taxes on IGT’s lottery business there. This shaved off a very modest amount of EBITDA. Also, mergers in the casino industry have resulted in a reduction of the number of slot machines on numerous casino floors, reducing IGT’s installed base marginally. More positively, IGT recently teamed up with its major competitor, Scientific Games (SGMS), in a 50/50 JV and won a major lottery contract just awarded by Brazil a couple of weeks ago. IGT’s controlling shareholder, Italian private equity firm De Agostini SpA, continues to hold just over 50% of the shares (in control since 2002). It has a Warren Buffett-like track record in ventures of this type. The company is highly levered at about 5x net debt / EBITDA, but also highly recession-resistant. Once leverage is paid down (as MIM expects it will be), IGT will likely redirect some meaningful FCF into share buybacks if the share price remains mired around recent prices, as the cash dividend is only $164M out of $500M in FCF." 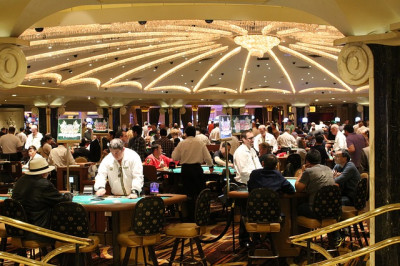 Interestingly, the company is not long on any other gaming companies such as MGM Resorts International (NYSE: MGM), Caesars Entertainment Corporation Common Stock (NASDAQ: CZR), and Crown Castle (NYSE: CCI).

The letter had the following to say on AIM:

"Aimia’s share price fell from $2.92 to $2.55, for a return of -13%. Nonetheless, there was some good news. A shareholder group unrelated to Mittleman Brothers, the Aimia Shareholders for Accountability (“ASA”), which claims to own no less than 5% of Aimia’s common stock, successfully submitted a requisition for a special meeting scheduled for Jan. 24, 2020. MIM hopes this presents further evidence of broad shareholder support for the drastic change in the oversight and governance at Aimia.

MIM’s rare bout of activism has already yielded tremendous benefits to the value of Aimia, including hundreds of millions of dollars that simply would not be there right now had MIM not intervened when it did during March 2018. The stock is about 60% higher than MGVEF’s average cost, not including the benefit of a substantial cash dividend of C$0.20 per share paid in March 2019. Aimia still has a 100% upside to MIM’s conservative estimate of NAV. The announcement of Virgin Australia’s intention to buy back the 35% stake in its loyalty program (Velocity) held by Affinity Partners (a private equity group) at 11x EBITDA was very encouraging. It would seem to confirm MIM’s estimate that Aimia’s 49% stake in PLM, the 6.6M member coalition loyalty program of Aeroméxico, should not be worth less than 10x EBITDA, or C$607M. Further increasing MIM’s confidence in Aimia’s largest investment, PLM’s Q3 2019 results (as reported by AeroMexico) revealed increases across billings, members, earnings, and dividends. This has roughly been the growth trajectory since the stock was purchased in 2010, despite a slowdown in growth in Mexico for the period. These results reaffirm the highly cash generative and discernibly recession-proof nature of loyalty program businesses. Aimia’s stock at quarter-end was C$3.38/US$2.55, and MIM’s estimated fair value is more than 100% higher at C$7.10 / US$5.44. The over-sized portfolio weighting in Aimia is supported by its debt-free balance sheet and net cash position of nearly C$500M."

Interestingly, none of the stocks in the company's portfolio are among the 30 most popular stocks among hedge funds.