Pershing Square's recently released Q1 2019 Investor Letter revealed Bill Ackman's support for United Technologies Corporation (NYSE:UTX)'s business separation. Namely, a renowned investor thinks this transformation will bring future share price growth. If you are interested, you can track down a copy of its letter here, while we bring you the part of the letter that only discusses United Technologies.

UTX’s first quarter earnings demonstrated strong growth across its businesses as organic revenue grew 8%. Results were particularly strong in the aerospace businesses with 11% organic revenue growth and 12% pro forma operating income growth (including Rockwell Collins’ results in both years). The Rockwell Collins acquisition is off to an excellent start with performance and integration ahead of management’s expectations. While organic revenue growth in the commercial businesses was reasonably strong at 5%, pre-tax operating profit was muted due to cost pressures at Carrier, which the company believes will improve meaningfully over the course of the year. EPS grew by 8%, which includes the negative impact of amortization expense related to the acquisition of Rockwell Collins. We estimate that EPS grew nearly 15% excluding this non-cash, non-economic expense.

The company remains on track to complete its previously announced three-way business separation by early 2020. UTX plans to announce the leadership teams and boards of directors for Otis and Carrier shortly, and to highlight the long-term opportunities in each of its businesses at investor events later this year.

UTX’s shares have appreciated 27% year-to-date, but trade at less than 16 times our estimate of this year’s pro-forma earnings, a nearly 30% sum-of-the-parts discount to its peers. We believe the upcoming business separation will serve as a catalyst for significant future share price appreciation as investors begin to value each of UTX’s businesses separately." 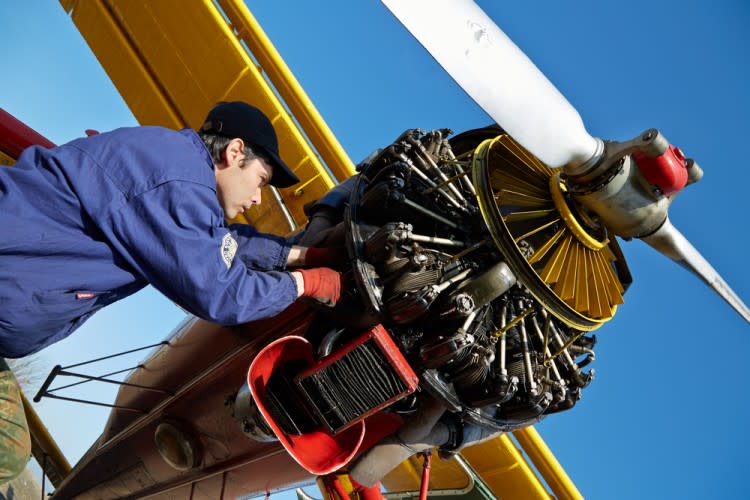 United Technologies Corporation, often considered one of most innovative companies in the world, is a Farmington, Connecticut-based multinational conglomerate and military contractor. This $111.64 billion market cap company caters to the needs of commercial aerospace, defense, and building industries. Year-to-date, the company’s stock is up 19.55%, having a closing price on May 29th, of $129.47, while over the longer period of 12 months, it gained only around 2.91%. The stock is trading at a price-to-earnings ratio of 20.11. On May 20th, Morgan Stanley raised its price target on the stock to $164 from $155 with 'Overweight' rating on it.

According to its last financial report for Q1 2019, United Technologies Corporation made a good move by acquiring Rockwell Collins, a corporation that provides avionics and information technology systems and services. The newly purchased company managed to raise United Technologies Corporation's adjusted EPS and reaffirmed free cash flow and sales outlook for the current year.

United Technologies Corporations also disclosed sales of $18.4 billion, up by 20% from the previous year, and GAAP EPS of $1.56, down by 4% from 2018. Its adjusted EPS for the quarter were $1.91, which represents an 8% increase from the prior year.

Out of all hedge funds followed by Insider Monkey, at the end of the first quarter of 2019, Andreas Halvorsen's Viking Global held the largest stake in United Technologies Corporation worth $913.46 million, on the account of 7.09 million shares. On Viking Global's heels was Dan Loeb's Third Point with $835.21 million worth a position comprised of 6.48 million shares. Among other notable investors with large positions in the company were Eric W. Mandelblatt's Soroban Capital Partners, Bill Ackman's Pershing Square, and Ken Fisher's Fisher Asset Management.