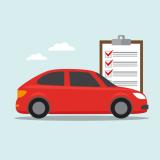 Business Debt Settlement You Should Know About
AdAdYahoo Search

Warren Buffett and Stanley Druckenmiller — two of the world’s highest profile investors — may have missed the boat.

Stocks have rallied over 30% after the worst selloff since the 2008 financial crisis. However, Buffett's Berkshire Hathaway sold its entire airline stake close to the bottom, and the Oracle of Omaha has avoided share buybacks (or any other major deployment of its $137 billion cash stash) until very recently.

But that's understandable, says Brian Shannon, CMT and founder of AlphaTreds.net. During a recent Yahoo Finance Premium webinar on trading stocks and managing risks in the COVID-19 era, Shannon explained his thinking.

"Warren Buffett wasn't able to adjust because his time frame is so long-term that the markets move quicker than he was able to,” he said. Meanwhile, Druckenmiller — who Shannon pointed out is “somewhat notorious ... for being an aggressive trader” may have thought the same.

But every trader underperforms at times, Shannon added. Whether it’s a "bad stock idea, or you know, just our general assessment of the market, the key is to not fight the market."

This underscores one of the principle causes of cognitive dissonance among traders, which is only heightened by trading in the COVID-19 era. Namely, there’s an incredible disconnect between the relentless barrage of negative headlines and the bullish performance in stocks — mainly tech shares.

Key to maintaining trader discipline is knowing your time frame and sticking to it, the trader told Yahoo Finance. A couple of days or perhaps “three weeks is generally the maximum that I hold a stock and I leave it up to the market to tell me, so I have a backup plan on each and every trade."

Implicit in this last statement is having a trading plan, so when the market throws you a curve, you can act — instead of reacting impulsively. In a survey conducted during the webinar, 51% of those polled said the number one mistake traders make is "impulsive trading."

According to Shannon, traders need to adhere to their blueprint and “put blinders on. If you have a plan, you'll miss some trades. But in the long run, it's gonna work out best for you."