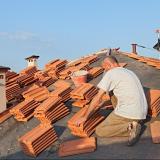 ZACK GUZMAN: And want to dig a little bit more into right now the update, a much awaited update in terms of the earnings picture getting kicked off here, with the update we got from the big banks. And it was not a pretty one if you dig into what Wells Fargo had to say here. Right now, shares in that bank are off by about 5 and 1/2 percent.

More specifically there, when we look at the big three, JPMorgan, Citigroup, and Wells Fargo, they set aside almost $28 billion for bad loans in Q2. That would be a mark that was only surpassed by the last three months of the great financial recession. And when we look at that, they also boosted their reserves by 23 billion. That would be 7 billion more than the prior record as well. More importantly, CEO of JPMorgan Chase Jamie Dimon said that he was just guessing, that all the banks really guessing on where this goes from here in terms of the recovery or a deepening of the recession here, saying that they're prepared for the worst case, but that he simply does not know.

When you look into wells Fargo there though, that bank had a net loss of $2.4 billion dollars in Q2 and a net loss of $0.66 a share. That was worse than what analysts were expecting. So what does the update we got from the banks mean for where the market and the overall economy goes from here? Joining us to discuss that is Jon Mackerey, DBRS Morningstar senior vice president financial institutions analyst.

And John, let's start with Wells Fargo because when you look at that, obviously that stock is the one bearing the brunt of the update today. Overall, that stock's down by more than 50% year. That's double what we've seen out of the index. What's your take on maybe the warning sign that we got on the call after the update there and how a lot of this really could get worse the longer we move forward in this recession?

JOHN MACKEREY: Sure, well, as you highlighted, uncertainty is still around. So I think the banks really don't know where the economy's going. And that's what's been driving the provision for loan losses thus far in the first half of the year.

So they're up fairly substantially from last quarter, which were up substantially from the prior quarter. So the banks are dealing with a new accounting standard for provisioning, the CECL provision, which is a more lifetime of losses on their loan portfolios. So that's driving some of the increase as well.

So I would say for Wells, they're dealing with their own unique issues compared to the other two banks that reported today, Citi and JPM with the regulatory issues that they still have outstanding.

ZACK GUZMAN: When you think about that too though, I would want to push that a little bit further too when we think about whether or not it is just an issue that wells Fargo is facing versus what we can learn from the overall economy too, because on that call, the Wells Fargo CEO did say, our view on the length and severity of the economic downturn has deteriorated considerably from the assumptions used last quarter. And that, I think, spooked a lot of people when we think about what's to come and how much money is being set aside to maybe potentially prepare for some of these loans that could turn in the wrong direction.

So what's your take on that and how we might not have seen so much in this quarter but how they're planning clearly for a worsening picture?

So I think you're seeing that play through. And the third quarter, I think, remains an unknown for where we're going from here. It could be better, or it could still be worse.

ZACK GUZMAN: Yeah, and we've seen a lot of the banks trying here. And the Fed also coming out to kind of, as we talked about, you know, the measures that they took care to really stop share buybacks and the dividend caps that we've seen go into place here. What's your take on maybe how much of this might be just a pushing here from the fed to really say, look, you've got to be over-prepared for all of this should it turn worse because they don't want to get caught it's kind of a scapegoat here for not doing enough versus whether or not it truly is looking that bad?

JOHN MACKEREY: Well, I think in general, our view has been that the capital of all the large US banks is in much better shape than it was going into the financial crisis. So we feel the banks are well-prepared. They have more rigorous risk controls and parameters in place. So in that vein, we feel like they're prepared for this. But again, the uncertainty kind of weighs on. I think the banks are being cautious and the Fed is being cautious as well. So I think you're seeing that come through with the capital plans that have been put forth and the hold on dividends. And, in Wells' case, the cutting of the dividend.

ZACK GUZMAN: Yeah, and on the case of the cutting of the dividend, it cut its dividend to $0.10 a share. That was down from $0.51 cents. When we think about that question one more time in terms of how this bank, Wells Fargo is positioned versus JPMorgan, which had been trading in the green, what your take is on kind of how much of a tighter spot wells Fargo currently finds itself in.

Obviously, this is an embattled bank. We've seen a lot of the stresses over the last few years. How much harder does that put them in a tough spot here, when they're also now dealing with everything else that all the other banks are dealing with and the economic uncertainty?

JOHN MACKEREY: Right, well it certainly gives them less flexibility, which they are under an asset cap from a 2018 consent order. So they have less ability to grow their balance sheet and to grow through some of this pain, net interest margin pressure. JPM has had fairly significant growth, which has come through and helped offset margin pressure and other things.

The other difference, I would say, is the capital markets business at JPM and Citi is much more significant than it is at Wells. And that's kind of played through in this environment, where those businesses have been doing extremely well.

ZACK GUZMAN: Yeah, and even then, second quarter profit for JPMorgan, despite that, still fell 51%, as we talked about strong trading revenue there as well. But appreciate you bringing us the update there, John Mackerey, DBRS Morningstar senior VP and financial institutions analyst, appreciate you taking the time to chat.